cbsd jcoldmigrate does cold (with stoping) migration jail from one node to another. Argmument node point for destination node. Preliminary, RSA/DSA key for remote node must be added via cbsd node mode=add operation. Also, on a remote node service rsyncd should work (cbsdrsync).

By default, the jail status on a new node is inherited — if the jail worked, it also will be automatically started on a new node. If the jail didn't work — remains in Off status. To operate, what status should be on a remote jail not is dependent on a condition on the original, it is possible through parameter start.

Jail on the source, after successful jcoldmigrate will be stoped and switch to Slave status (unregister). In rc.conf file of jail on the destination node there will be a record where this jail came from.

Notes: For jcoldmigrate, the next action is performed (in process they pass automatically and aren't visible)

on the destionation node anything isn't present now: 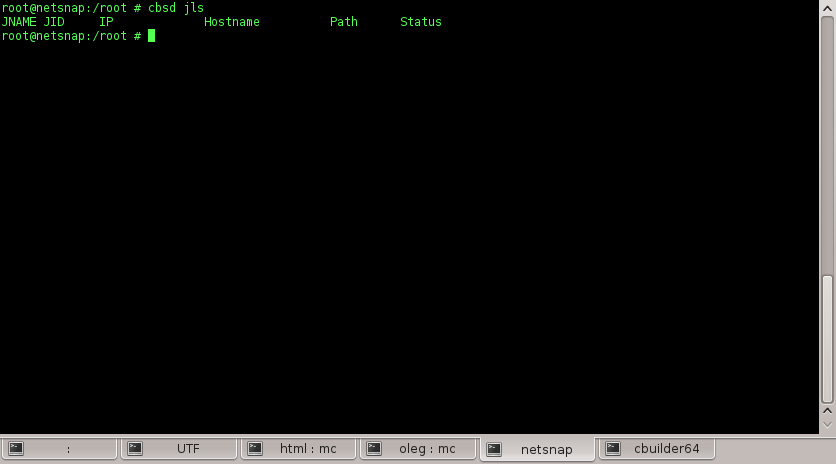 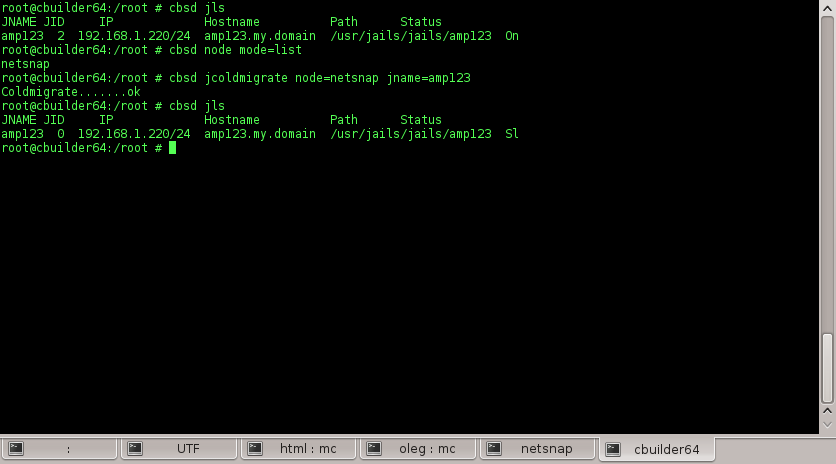 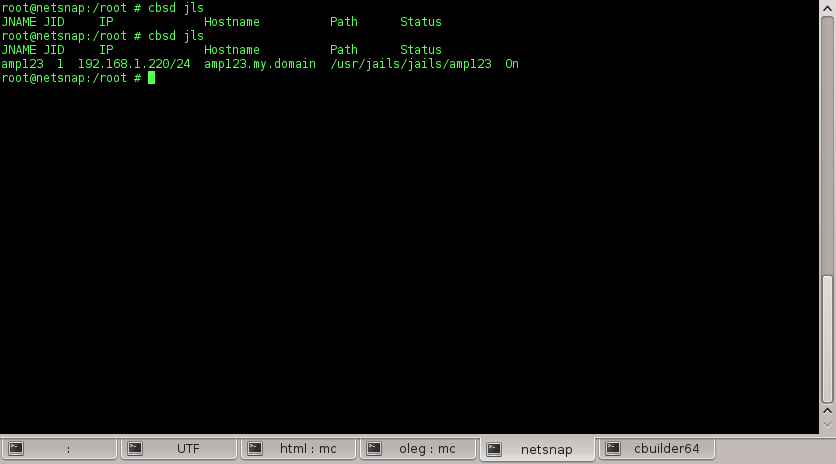