About CBSD shell and SQLite3

Almost all CBSD code is written in sh for the following reasons:

Nevertheless, sh comes with many restrictions (mainly when working with lines) which make writing scripts difficult. To alleviate this CBSD comes with its own fork of /bin/sh which brings the additional functionality described in this document

So if you want to change/add somethin in CBSD or its modules, you have enough knowledge on the usual sh and extend several function.

cbsdsh modified version of /bin/sh currently has the following additions to regular /bin/sh:

If you are in cbsdsh, then you do not need to enter the prefix cbsd before the CBSD command: 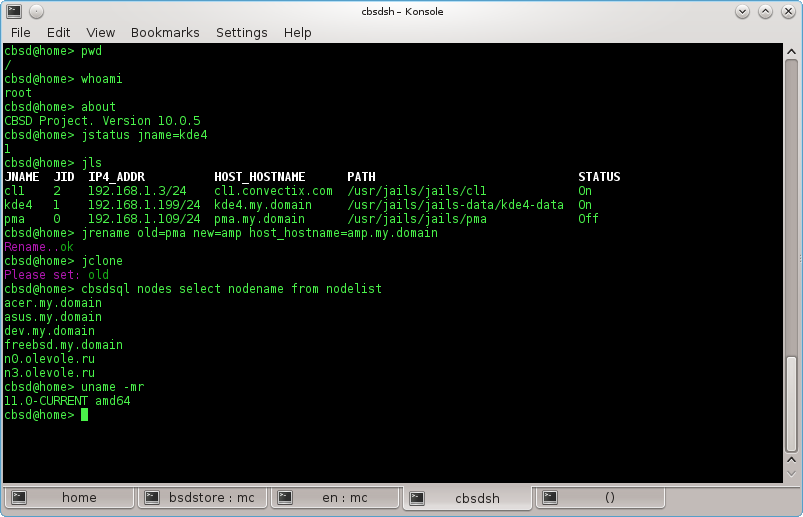 Modules and command who have little work with external tools, but with a lot of strings work and mathematics (helpers CBSD for some services, among them), it is convenient to write in LUA (which is not yet built into cbsdsh ;-) )