What nodes is meant

"Node addition" is meant RSA key exchange for system user CBSD between two and more hosts. Having at itself RSA a key of the individual server, the some command has an opportunity to work with it through OpenSSH connection, carrying out such actions as:

The command cbsd node mode=list show name of the nodes RSA which keys were received through cbsd node add. Too most it is possible to receive, having seen the catalog $workdir/.rssh, in which there are keys.

Through argument display you can specify the fields for output data. If display is not specified, the value takes from $workdir/etc/defaults/node.conf file, which you can change at its discretion via $workdir/etc/node.conf 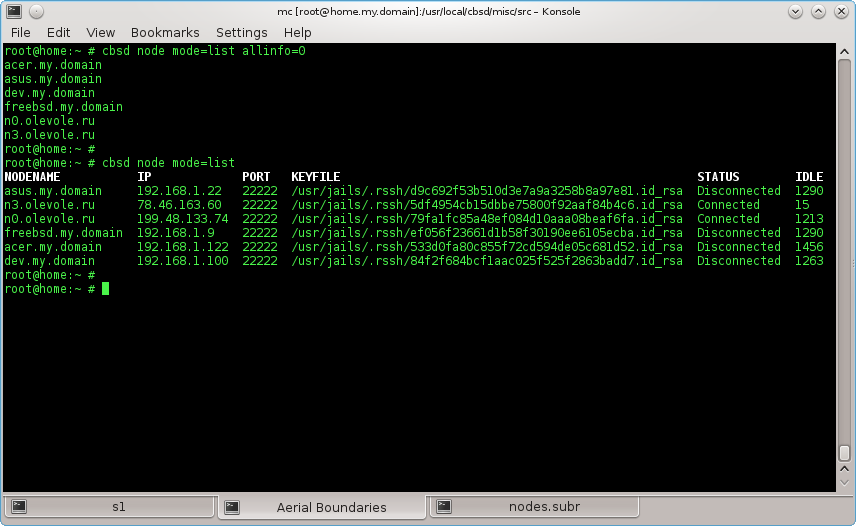 Commands cbsd node mode=add .., at availability of the remote node via ssh and the correct password of the user CBSD, takes away a private key from the remote server and save it in the catalog $workdir/.rssh

Attention: the password of CBSD user is used only at the moment of receiving a private key. Respectively, access on the server will be until the key won't be removed or re-generated. Change of the password of the user account in this case won't work. 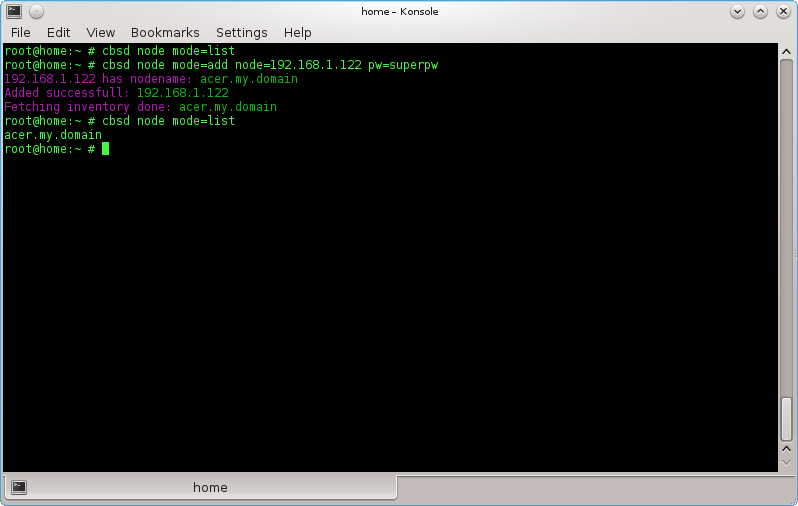 The commands cbsd node mode=remove node=nodename delete private key and records for this node from the $workdir/.rssh directory. The name specified in node= should coincide with that writing which is output on cbsd node mode=list